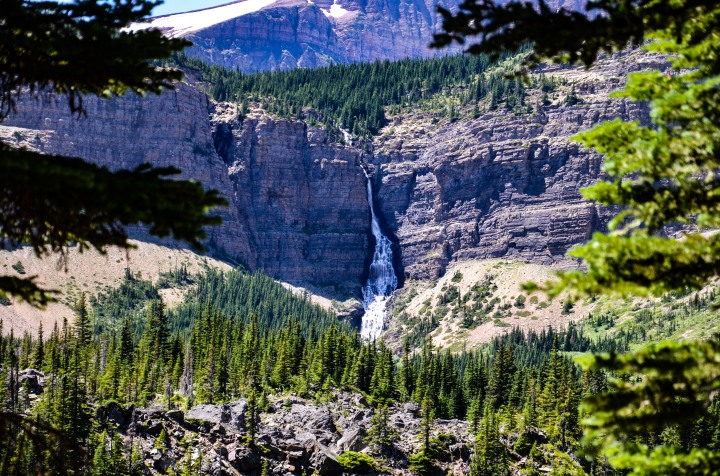 Todays post will be about the Lineham Falls hike we did in Waterton this summer! Let me just tell you the back story first. We left really early in the morning, since its a 2.5 hour drive to get there, with the intention of doing the Lower Rowe Lake hike which then leads into Upper Rowe Lake. This was a very recommended hike with beautiful and different scenery all throughout it. It was a longer hike for us, about a half day or so, but we were so ready.

So we finally found the trail head, parked, got all ready, and then headed out. Little did we know we were going to run into an obstacle right away…

We were probably 5 minutes into the hike when we ran into these 2 guys sitting by the water. They told us there was a grizzly bear on the trail about a kilometer ahead and that many people were turning around. So we politely said thank you and kept walking a little bit. Not even 3 minutes later we ran into two groups of people coming down and they were all warning us about the grizzly bear. One group even said it followed them down a little bit. So at that point we knew we had to turn around. We were so sad! We were so excited about this hike! 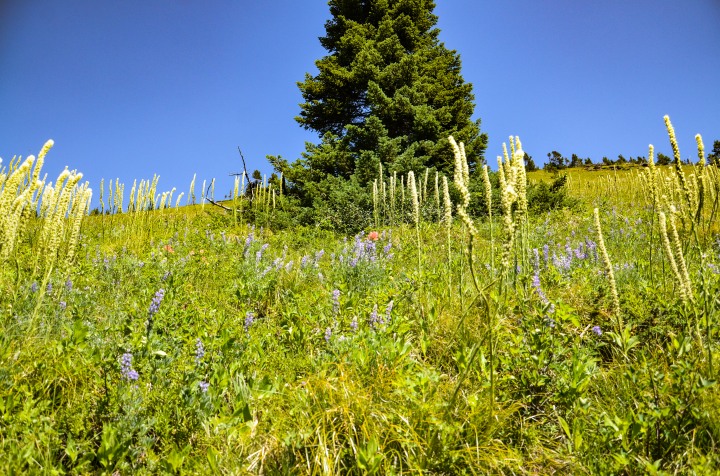 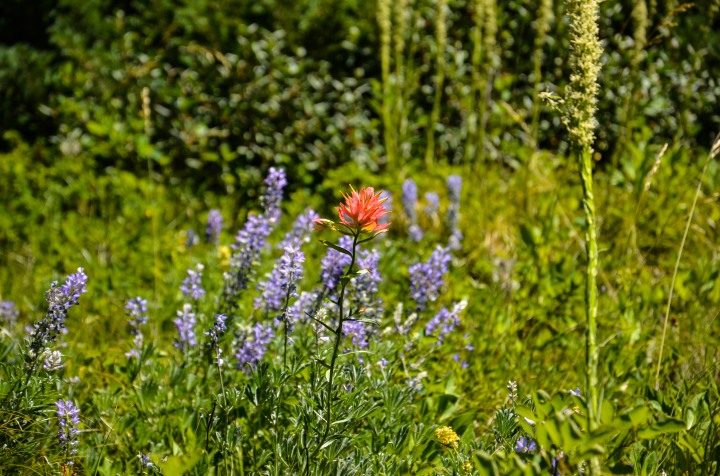 Anyways, so we had to find another hike because we drove all this way to do something not just drive back home! We ended up picking Lineham Falls. I was very flustered at this point because my boyfriend has dragged me out every Sunday the entire summer for hikes and I work 6 days a week so I was always exhausted and never rested. Then he says, “ok babe lets do the hike with the most elevation” …. and I was like nooooooo! So we settled on Lineham Falls. It was not the highest elevation hike but let me tell you something, you go up a pretty steady incline for the first half of the hike! Then it is more mild in elevation and there are more flat areas on the trail.

However, I will tell you one thing about this hike. The trail is very skinny during the intense elevation areas which do not make it any easier! It was also quite difficult to use our hiking poles because the path was so overgrown and skinny they would get all tangled in the vegetation! 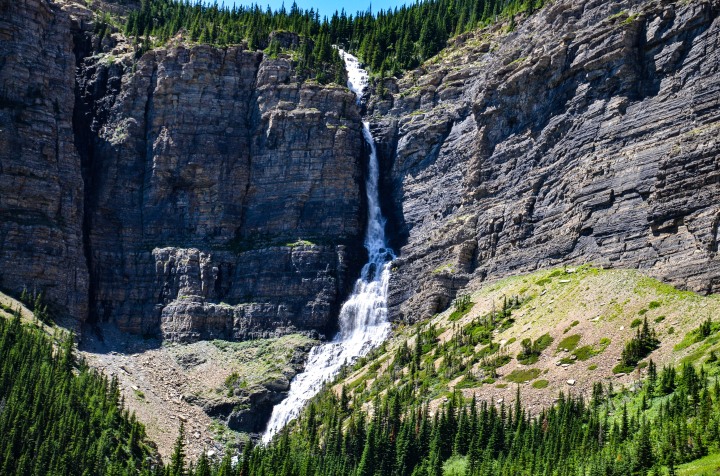 But the final result of the hike was totally worth it, because look at that beautiful waterfall! The Lineham Falls are 410 feet tall! 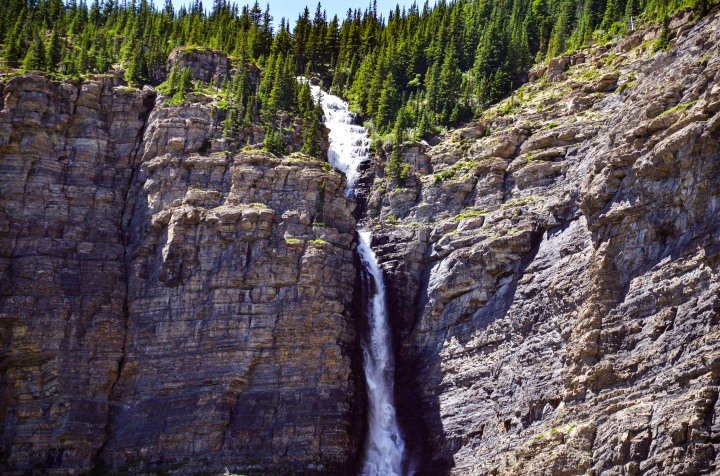 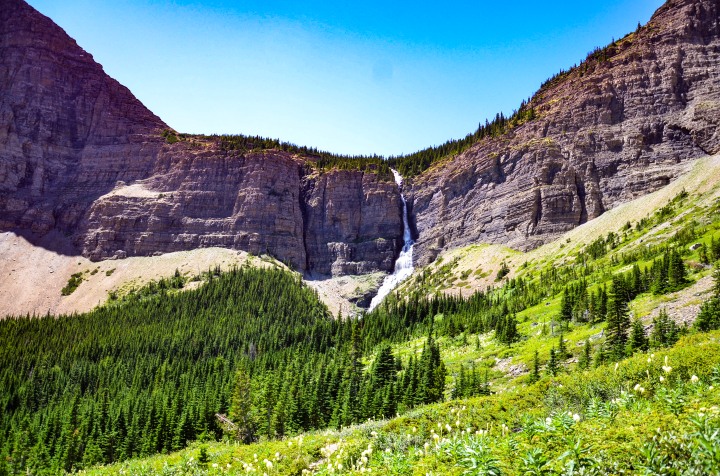 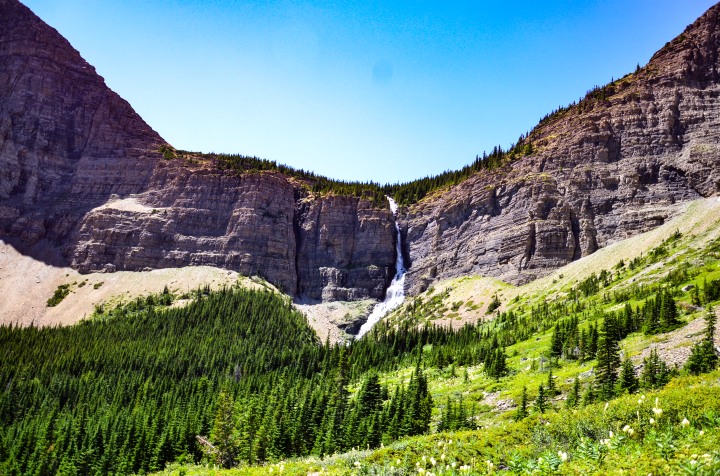 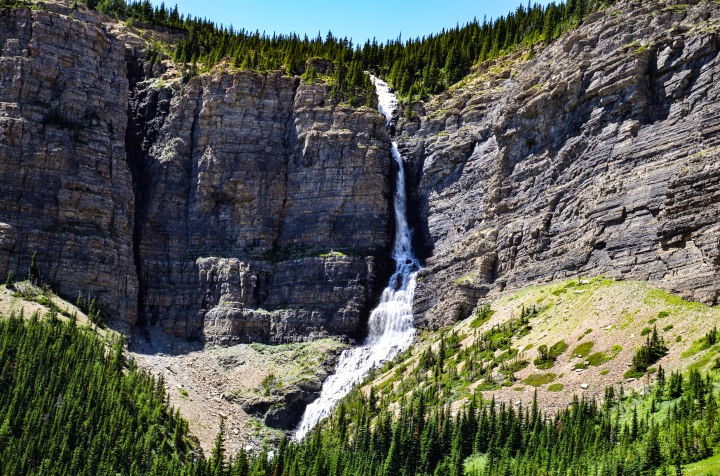 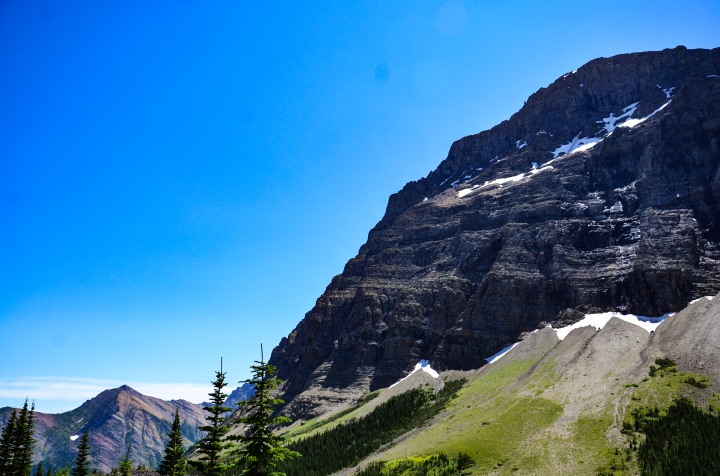 I must say, the scenery along the hike is beautiful . When you look up the hike it says its a moderate difficulty…. maybe this would have been true if the path wasn’t so overgrown? We thought it was definitely harder then moderate! But to each their own.

Definitely the second half of the hike is way better though! 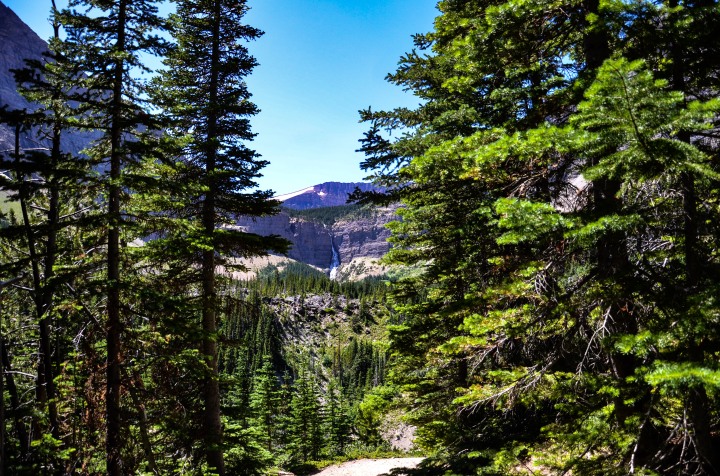 I could not stop staring back at the falls. They were so beautiful up close, but when you initially saw them from far away they were breath taking.

Where the trail ends there is a sign. We saw quite a few people ignore the sign and walk where there was not a path to get closer to the falls. I personally do not like when people do this. There are paths for a reason; these are National Parks we are in. They should be respected and not worn out. But that is just my personal opinion. 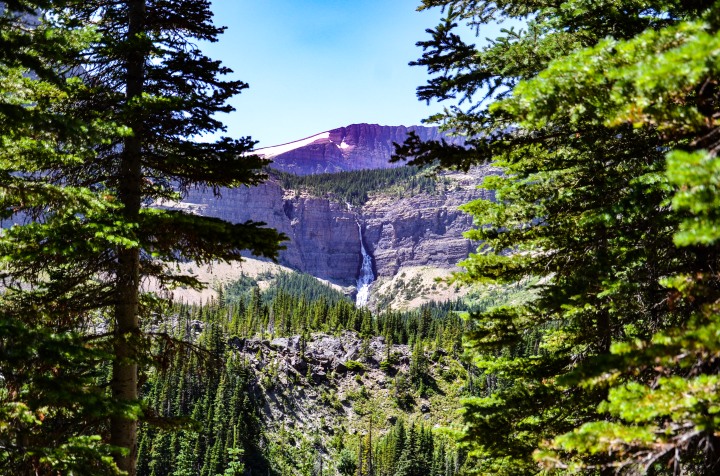 And the next picture is the surprise! We saw a little grizzly, probably about 1 or 2 years old, such a little cutie. All the cars were slowing down to see him 🙂 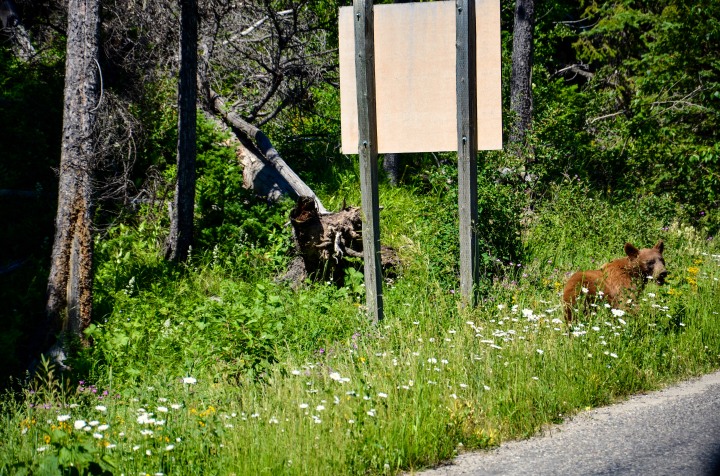 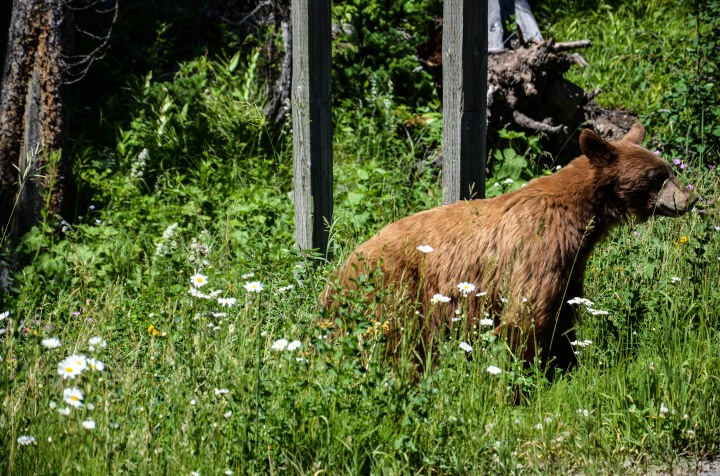 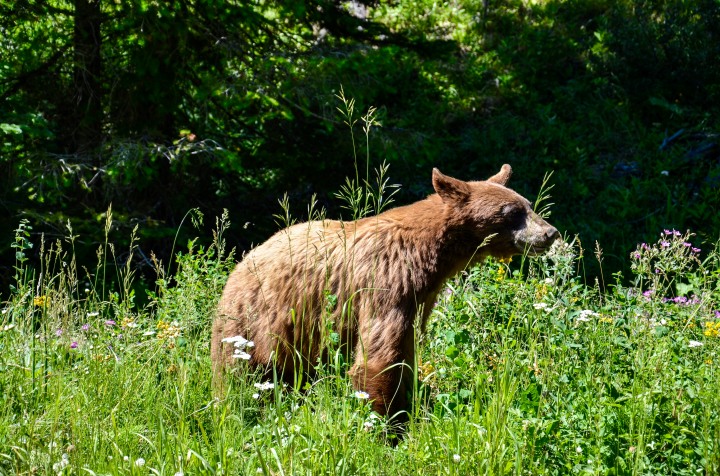 He looked so happy to be frolicking in the wild flowers along the side of the road. Have you guys ever been this close to a baby grizzly?!

I believe I still have one more post on Waterton, so if you want to stay tuned for next time make sure to subscribe!